So here we are, the end of 2016 is upon us and I thought it would be a good idea to create a blog post of my journey throughout this year, as it was some what of a roller coaster and of course a bit has changed for me.

At this point last year (in 2015 going into 2016) I was still of course at Frostburn Studios, continuing the day to day of working on Heroes of Newerth and casting yet another season of HoN Tour with season 4.  I continued to enjoy casting HoN, however after doing it for ~5 years at this point, I no doubt was going through phases where I was just simply going through the motions.  That on top of a clear decline in the competitive scene, as well as more lay offs happening within the company, it became harder and harder to justify sticking just with Heroes of Newerth.

In April, another blow of sorts happened to HoN when Sam aka Milkfat announced that he would be leaving Frostburn to go work for Blizzard on the HotS esports team as well as Beef earning a full time job with compLexity Gaming and no longer being able to assist with HoN as a result.  Of course I was happy and excited in both of these cases as they are both good friends of mine, and no doubt these were "dream jobs" of sorts, but it did make things even harder when it came to HoN and continuing to have the passion for it. 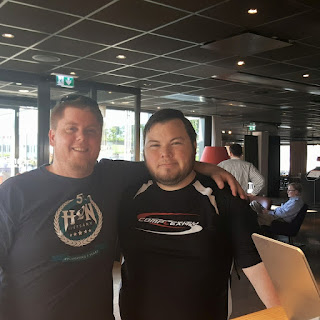 This would lead into June, where I would be traveling out to Thailand to attend the HoN Tour Season 4 World Finals.  Because of recent events and some other things not worth getting into, I was a bit concerned and honestly was hesitant on event wanting to go in the first place because of this.  But knowing there was a chance this could be the last HoN Tour Finals, at least for me, I decided just go and make the best of it. 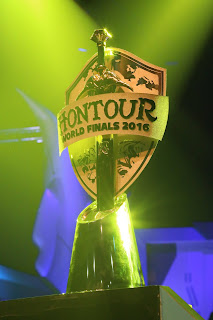 Honestly, because of the VERY hard work of my co-workers who were still around, it actually turned out pretty good and actually had some fun results on top of it with Complexity Gaming, a team that initially didn't even qualify, getting to the finals over heavily favored Sync Esports.  To top it all off a team from Thailand finally won it all, in a way making a statement that the Thai scene has officially taken over when it comes to competitive HoN. 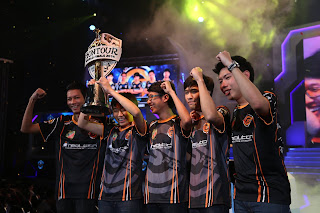 As the event wrapped up, I knew I had wanted to give some kind of message to the community simply because of rumors that this could be the last season of HoN Tour, as well as my personal future not being certain either.  However I did not expect myself to choke up and sit there on the caster desk after we actually finished, crying for a good couple of minutes before being able to gather myself.  But it was at that point where I just felt a mix of joy and sadness on what the last 5+ years of my life had been and how overall amazing of a ride it was and how much it had done for me on a personal level.

To be clear, I still did not know what I would be doing in my future as I went out to Thailand and wouldn't be decided for a while after.  But I do remember driving home from the airport after finally reaching home in the states with my co-worker and friend Brenton aka Fauxaccount, and we talked about what we both thought the future would be for HoN and ourselves.  It got me really thinking about maybe now was actually the time to move on with my esports and streaming career, something I no doubt had thought about for a while.

When I knew I would be making the decision to do my own thing, I reached out to my good friend and had her create a logo for myself that I would use as a brand of sorts to help kick it all off.  I was thrilled with the outcome and it really helped motivate me and make me realize that this was all actually happening!

Now we are catching up to where my announcement post happened that I would be leaving Frostburn full time to pursue my career as a full time streamer and caster in esports.  This would be followed by my previous blog post of my 3 month journey so far.  There have also been a couple more things that have taken place, including my official announcement that I would be joining Code Red, an Esports talent agency that is headed by very respected names Redeye and Capatalist.  Oh, and I got 3k MMR in Dota 2, which isn't that great, but it was a personal goal of mine before the year ended!  This was really a cherry on top of what has been an epic finish to 2016 for myself and I am positive it will only continue to get better in 2017.

As for what my goals are in 2017, well maybe I will have to write another blog post for that...
Posted by breakycpk at 12:28 PM