To start this previous decade, I was getting things off the ground with Honcast and little did I know where it would lead me over the next 10 years both on a business side, but a personal side as well.  Living in Southern California, I was simply looking for more ways to get experience in sports casting so I could pursue a radio broadcast / sports casting career and I figured why not try casting video games.  So I did some research and found sites such as livestream, ustream, justin.tv and downloaded many different applications to try to just get a 360p video quality stream out there for people to watch me attempt casting a video game called Heroes of Newerth.
Within a year of moving to a new state and city to work for HoN, I met my now wife whom I married in 2015 and have a beautiful daughter in 2018 who is now nearly 2 years old.
After ~6 years working on HoN and with S2 Games, I then decided it was time to move on and attempt the freelance esports casting market.  I didn't plan for it to be just Dota 2, however it proved to be just such a natural transition with players and other talent alike moving to the game, and the obvious similarities that I just ended up doing so.
Another 3+ years have gone by on the freelance market and I have no doubt enjoyed my time casting not only Dota 2 but many other games along the way such as CS:GO, Madden, Battlerite, Overwatch, etc.
As the decade came to a close, I did a lot of reflecting on the last 10+ years and realized how much I have enjoyed over the years, and also how much I have learned from working for a video game company behind the scenes and in the freelance market.  With esports still being so young with so much room to grow, I have been fortunate enough to have been involved longer than many others, especially with the more recent explosion in the last 5 or so years and I have thought about potentially trying to use that.
My 10+ years of experience involved in esports mixed with my sports casting background and in general love of both video games and traditional sports.... if only there was something that would allow me to pursue a career with all combined.
Starting Monday January 13th, I will be working for Bit Fry Game Studios on their first and very recent game release of Ultimate Rivals: The Rink, an action arcade sports game that includes athletes from across all major sports clashing on the ice rink in hockey.  I will be focusing on the competitive development as well as content creation for the project which is just getting kicked off and no doubt has a bright future within the scene.  Ultimate Rivals: The Court will also be coming out in the future which I am excited to be a part of and in general I will be working on all forthcoming games from Bit Fry Game Studios.
I want to thank so many people that I have met over the last decade in esports to help me get to this point but I don't want to start listing names because there is no doubt many I will miss.  You know who you are and I really appreciate all the advice given to help keep me on path and keep the grind going.
While I will still be a follower of Dota 2 among other esport titles, my involvement of casting such titles will come to an end as my work focus will be 110% on Ultimate Rivals.  So this isn't really a good bye as it is instead of an update on my situation, keep on following me on social media for many updates to come and I look forward on what the 2020s bring!
Posted by breakycpk at 7:58 AM No comments:

Welcome to the BreakCPK Fantasy Draft League, where there will be an emphasis on the draft portion of the league, in which I personally enjoy a lot and I know many others do.  To make this happen the draft will work as followed;

The draft will be held in discord via voice chat on August 19th at 3pm EDT.  You MUST be able to make this date and time to play in this league.

We will be conducting the draft as an "offline" draft online via discord, ideally with webcams that will be streamed (webcam not required though).  If you are unable to make the draft live, your spot may be forfeited to another.  Plan for at least a 2 hour window to be there at the draft, leaving early may end you up with 5 kickers.

There will be trades allowed during the draft, however as it will be during the season as well it will be a list of approvals before it can go through.  First will be made my the commissioner (breakycpk) and if he deems it a very unfair trade, it will be put up to vote by all the teams on whether or not it can pass.

It will also be a snake style format. The league scoring itself will be a PPR league, other than that it will be standard scoring and play.

The league entry fee will be $50 via paypal, if you do not have your payments in by August 17th then your spot will be up for forfeit to someone else.

During the season, I also plan to host a podcast show of sorts where we will discuss how things are going within the teams, talk about possible trades and just shoot the shit about the league in general.  Anyone involved in the league is welcome to join these.

If you participate in this league, you are expected to be somewhat active during the season, please no just drafting teams and letting them sit during the season to see how they do.  We expect activity to keep it entertaining!

If you are interested in joining the league, please go to the following link and fill out all required information.

You will be contacted if selected to play in the league.

Feel free to leave any questions in the form or hit me up on social media if you want to talk about it.

What site will we be using?

I plan to use ESPN for the league

What will the payout be?

How many teams will be in the league?

There will be 10 teams in the league


Posted by breakycpk at 7:57 AM No comments:

BreakyCPK & Donnie recap the WESG and GESC tournaments from last week and preview the upcoming DreamLeague Minor in Sweden that runs from March 21st until March 25th. 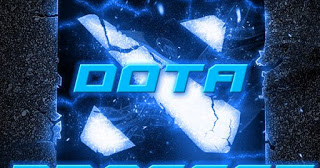 I am ready to return once again to the podcast scene with a "new" show with co-host Donnie to discuss competitive dota 2 and what went on the last week. This will be a weekly podcast show with a similar format each week with plans to also include a special guest each show. For our first episode we are joined by TrentPax to talk his experience at PGL Bucharest We have it so you can download to listen to it later, or right from the player! Let us know if you have any feedback for the show, really excited to be back in the podcast game! 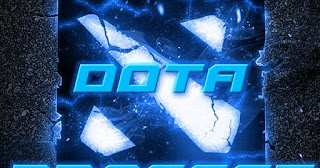 Posted by breakycpk at 5:48 PM No comments:

Haven't updated on the blog in a couple days, you can find all of my daily recaps on my youtube channel however included in a playlist. Also, update on the audio podcast for these recaps, it turns out soundcloud only allows me to upload a certain amount a month, so I am currently looking into other options to be able to let you listen that way if you would like.

Today was a very short show as not much happened, getting ready for the Captains Draft event which starts today and will have updates on for tomorrow.  With that in mind, I went over the CN Qualifiers for the PGL Bucharest Event that took place over night, some updates.

Posted by breakycpk at 8:09 AM No comments: